A green roof was made on the rooftop of the Aldi on Carrer Tallers. The constructions began in October and the project was completed in May 2021.

It is a light green rooftop because it’s located on a ‘sandwich’ cover, which doesn’t hold much weight. So we had to use Floraset 75, a layer that makes the green roofs weigh less. It’s a total of 550 m², divided in two parts, one at the top of the building, and the other at the back of the building.

We used anti-root WSF 40, TSM32, Floraset 75, 6 cm of Zincoterra substrate, sedum and gravel, in a perimeter of one meter.

The most complicated task was the delivery of the soil, as we had to be careful not to exceed the maximum load of the terrace. At the last minute, we were asked to landscape the facade and after analyzing different systems, such as climbers, or hanging cables from the adjacent restaurant, we chose to make a structural reinforcement under the roof and put 80 cm deep planters on it with 5 m long climbers. 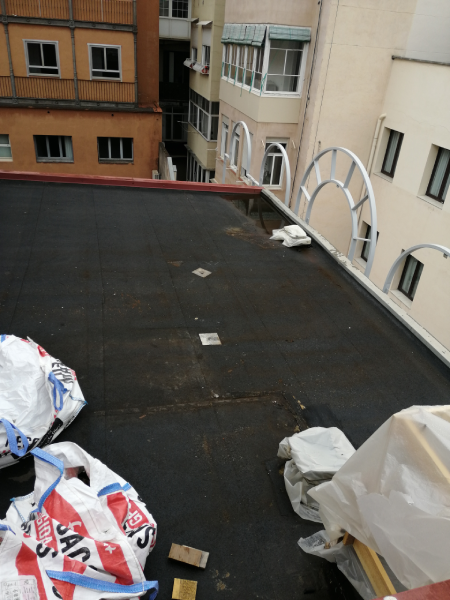 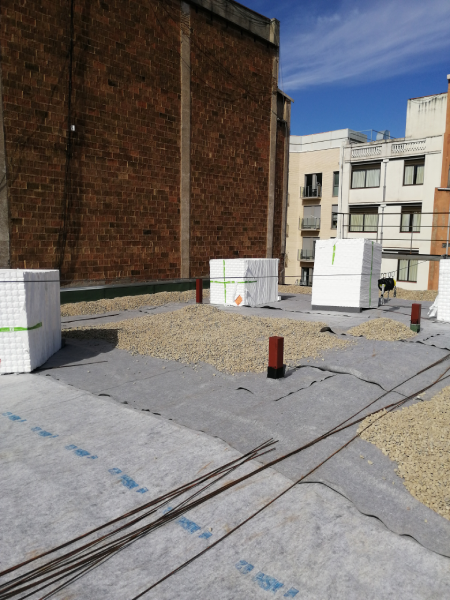 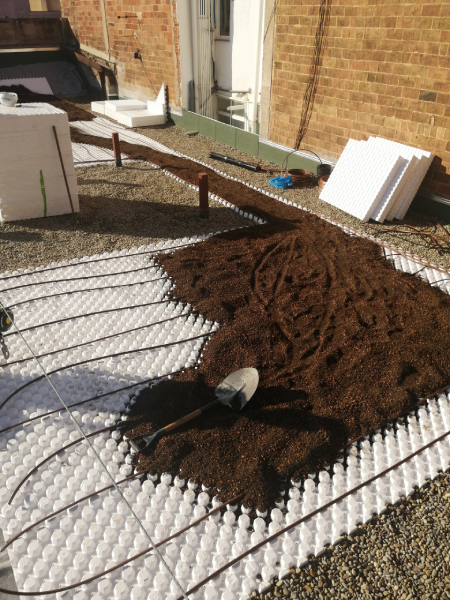 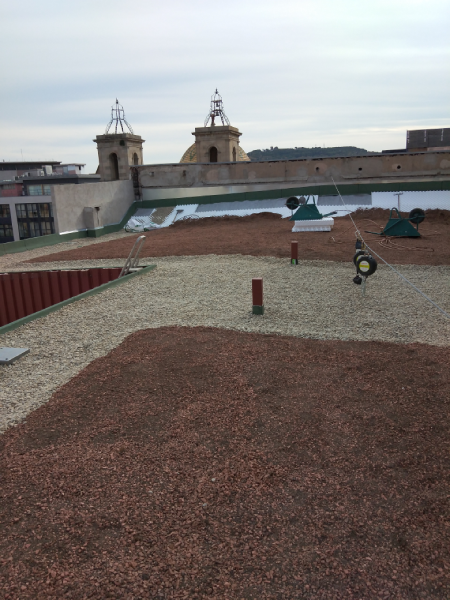 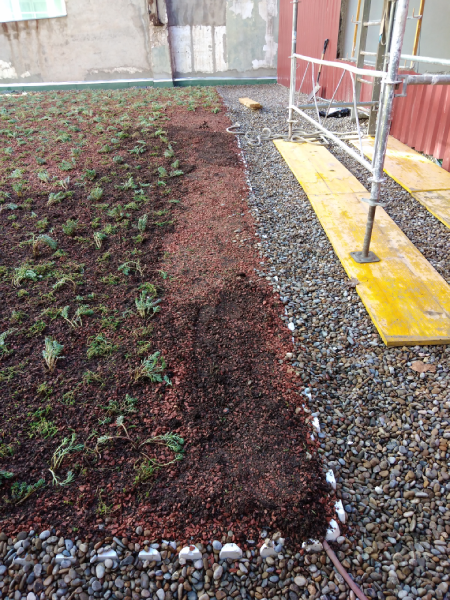 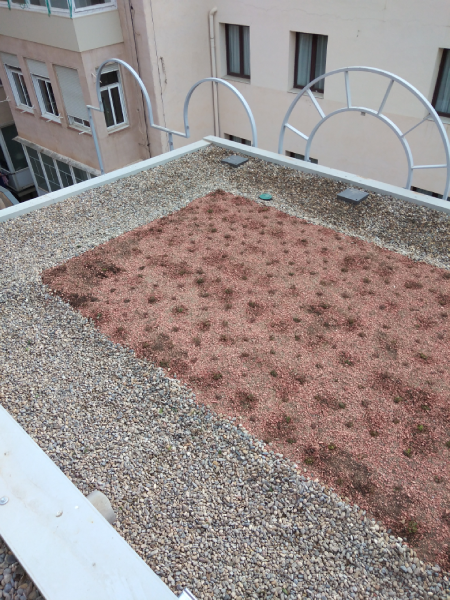 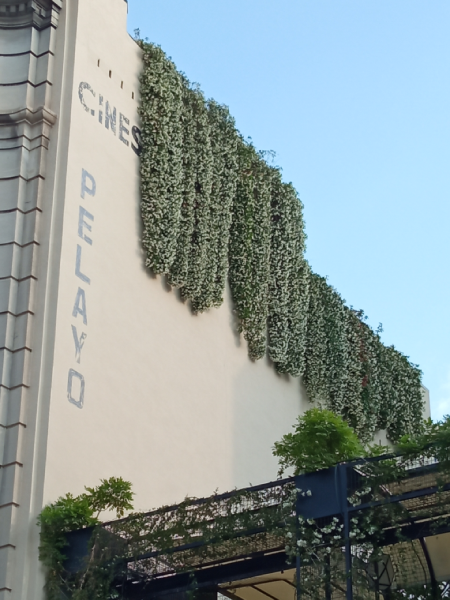