-Green roof on the pumping station

-Green roof on Floor A

-Patio that brings light into the laboratory building.

Eixverd decided to present a proposal for the first four of the six areas of action. Our motto that united the four proposals was: “El Jardí remeier de Collblanc” in rememberance of the Catalan grandmothers who use herbs and medicinal plants. We present an A1 for each proposal. The contest was based on anonymity. Eixverd won the proposal for the cover of the laboratory.

Due to the difficult access, a lavender field is proposed with a walkway that communicates with the rest of the areas.

Green roof on Floor A:

The roof presents a series of benches made with the dry stone technique as a refuge for biodiversity. Each bench consists of different ornamental plants creating an educational walk.

The wall is made with double-sided panels that improve air filtration and with a selection of aromatic plants.

We attach the panel of the winning proposal 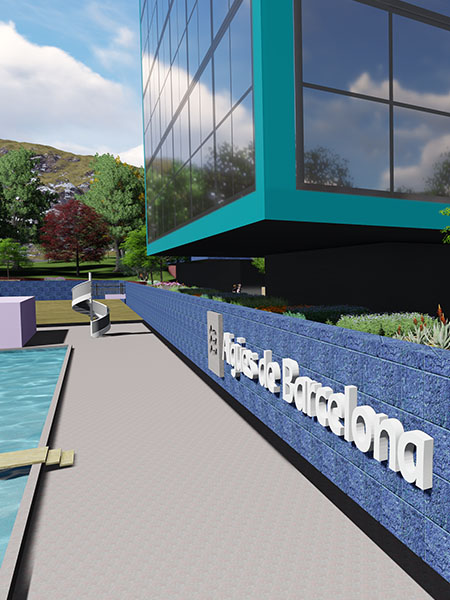 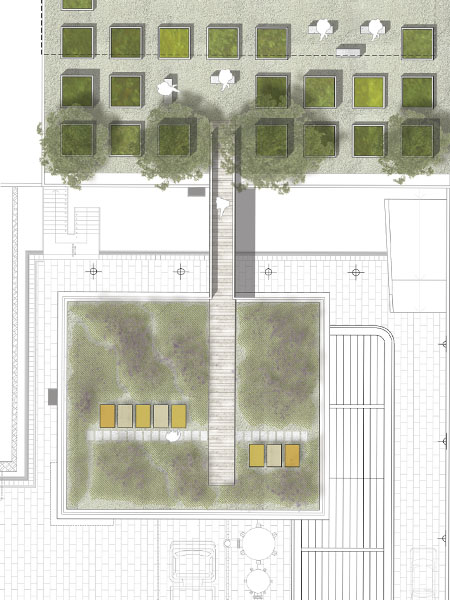 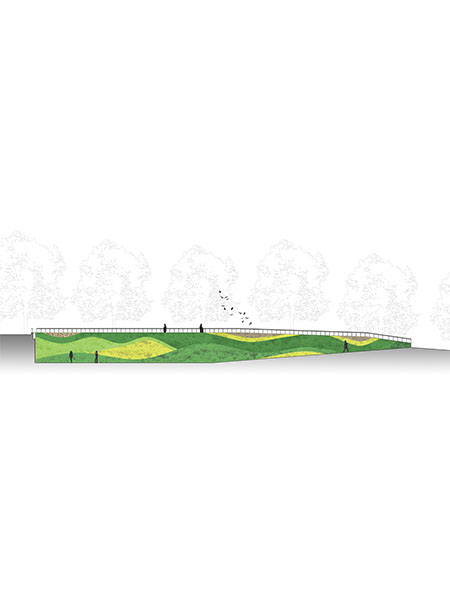 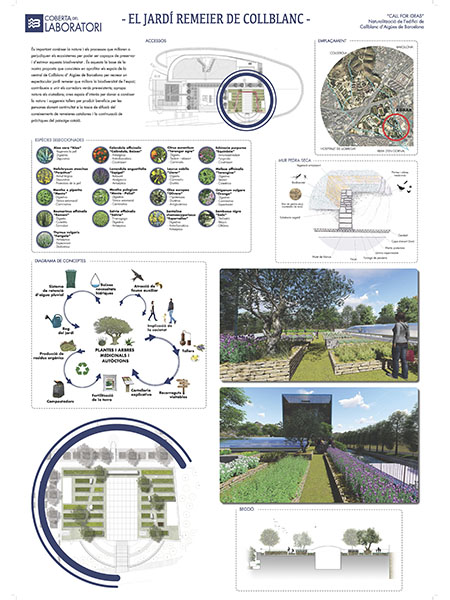